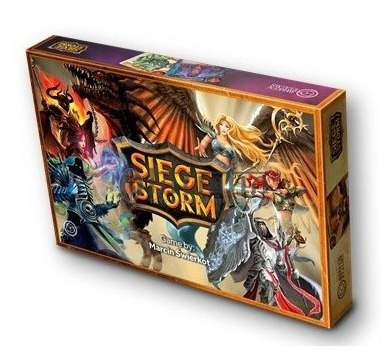 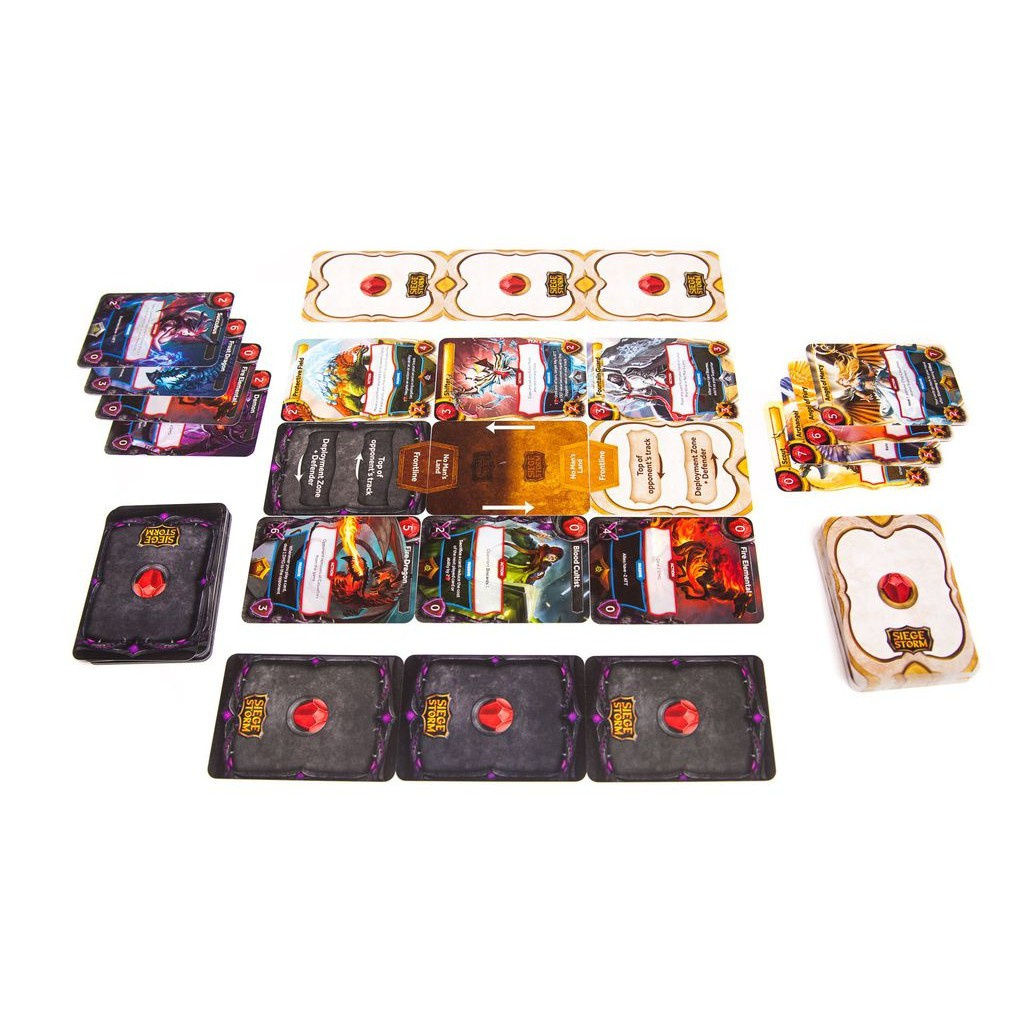 Siege Storm is a deck building game. You have cards, your enemy has cards. You both cast some creatures and spells, then one of you wins

Close your eyes. Imagine you are a mighty lord commanding an army. Or a magician summoning creatures onto a battlefield. Or a farmer who grows his units on a cornfield right in the storm of battle. So you build your army, choose your enemy and try to bring the pain to him, before he brings the pain to you.

Between you and your enemy there are 2 tracks: one that your armies use to travel towards enemy, and a similar one where your enemy’s units travel to you. Again, just imagine whatever you want – two epic castles in a war or a slow, magic-fest between old, smelly wizards with rheumatism.

Cards are everything here: your life bar, your mana, your library and so on. When you draw them into your hand you can either play them or discard them to pay for some more expensive, fancy card’s cost. But there are even more decisions from here!

a) Activate (attack and trigger its effect)

b) Become your supporter (our fancy term for mana)

So, you can build powerful combos, you can zombie-rush, you can build your economy and all sorts of other cool stuff. But whenever your enemy hits you, you will lose cards from your resources, so there is that. No cards to draw? You lose.

A co-op mode has also been added.